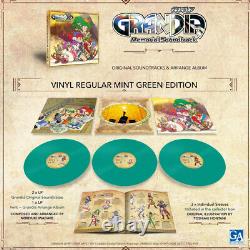 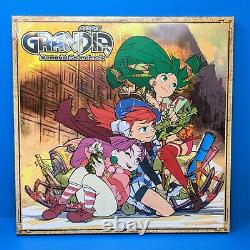 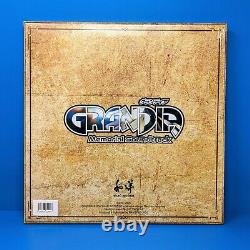 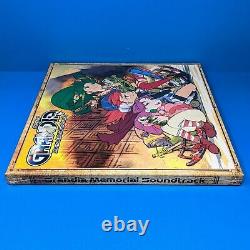 Brand New & Factory Sealed. The Grandia Memorial Soundtrack Collector Edition is presented within a deluxe package featuring a brand new piece of artwork made especially for this edition by Toshiaki Hontani, who worked as the co-director and animator on Grandia. Three 180g vinyl discs, with exclusive "Saturn Marble Green" colors and entirely remastered for the vinyl format.

Learn never heard before details about the birth of the game! In addition, the arrange album of 1998, Vent, out of print in Japan for years, entirely arranged and performed by Noriyuki Iwadare and his best musicians, is included as a supplement to the original soundtrack, on an additional disc!