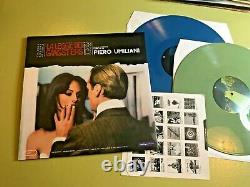 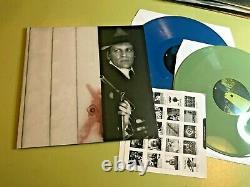 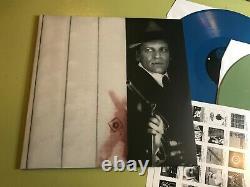 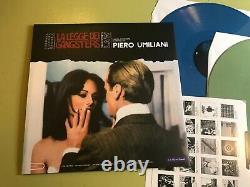 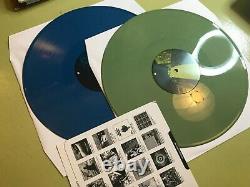 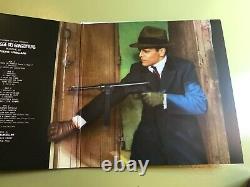 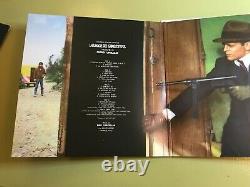 Featuring a large ensemble of the country's strongest players (including Oscar Valdambrini on trumpet), the score is full of sophisticated, groovy, and romantic tunes. Two LP's on colored vinyl, released in a limited numbered edition of 1000. This includes UK, Europe, Japan, Austrialia, South America, Etc. Vinyl grading is usually based on the Goldmine standard and is as follows.

"SS" Still Sealed - For the collector that demands nothing but perfection. "M" Mint - a near perfect, or unplayed record. "NM" Near Mint - in factory fresh condition, like new.

EX+ - close to like new with only superficial signs of use that don't affect play. Will satisfy all but the most vain and demanding collector. EX - a used, reasonable copy. Shows slight signs of wear. VG+ - There will be obvious signs of wear and the possibility a few skuffs and/or light surface noise between tracks or during quiet passages, but still quite nice. VG - significant wear and marks and usually quite noticeable surface noise, still plays great. Good - In the record world, "Good" is not good! From here on down, we're talking about beat-up records! This item is in the category "Music\Vinyl Records". The seller is "ghelderode" and is located in this country: US. This item can be shipped worldwide.