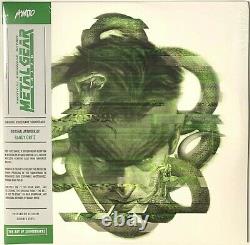 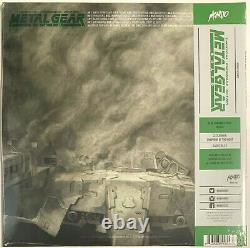 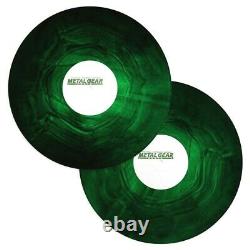 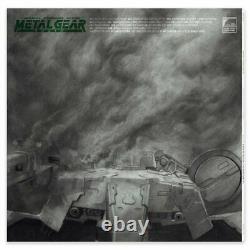 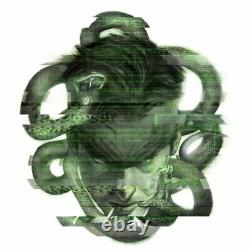 Metal Gear Solid - Original Video Game Soundtrack [Green Smoke Vinyl] LP Record. Please see pictures for tracklist. Premiere vinyl pressing of the soundtrack to Konamis 1998 espionage masterpiece: METAL GEAR SOLID. Pressed on 2x 180 Gram Green Smoke Vinyl and featuring the original song The Best Is Yet To Come by Rika Muranaka, and original artwork by Randy Ortiz. The idea of the cinematic game may seem common today, but it was nascent in the 90's and when Hideo Kojima and his team developed Snake's first three dimensional mission they took full advantage of the medium, crafting a soundtrack as epic in scope as the story itself. The iconic main theme is full of unexpected worldly flourishes including latin rhythms. The rest of the score is filled with echoing, pulsing percussion, brooding choruses, bright synth melodies.

It's truly one of a kind, while fitting perfectly side-by-side with other legendary Playstation titles of the era like Final Fantasy 7, and Silent Hill in their scope and genre blending influences. Records are packed in professional record mailers. Please note that there may be incidental dust, shadows or glares on the vinyl from the lighting being used in the pictures. Please See Actual Pictures Above.

We believe pictures are a huge portion of the description please inspect them carefully and ask questions if you have condition concerns. The item "Metal Gear Solid Original Video Game Soundtrack Green Smoke Vinyl LP Record" is in sale since Tuesday, July 21, 2020. This item is in the category "Music\Vinyl Records".collectibles" and is located in Arlington, Virginia. This item can be shipped worldwide.